Assad withdrew in front of the Turkish army
﻿ 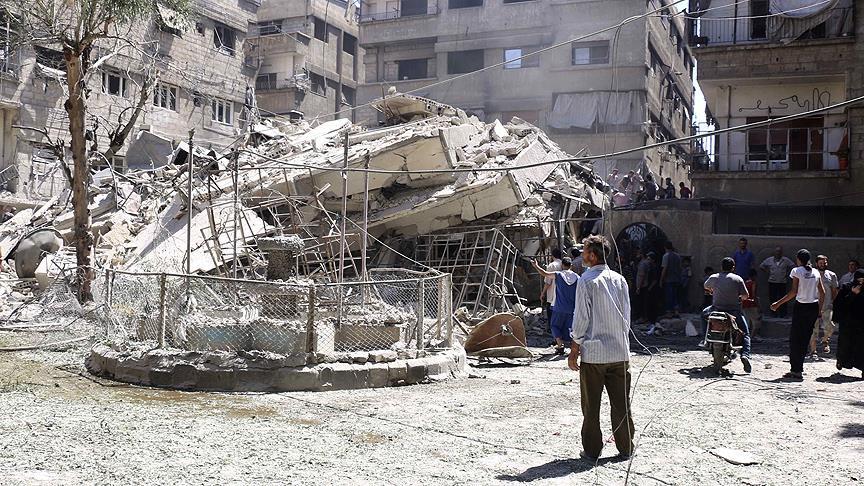 The Bashar al-Assad regime struck the Khan Shaykhun district in Idlib’s de-escalation zone at noon on Tuesday with Iranian-backed foreign terrorist groups and Russian special forces, they said speaking on condition of anonymity as they were not authorized to speak to the media.

There are still a small number of opposition fighters and anti-regime armed elements in the area.

Turkey and Russia agreed last September to turn Idlib into a de-escalation zone where acts of aggression are expressly prohibited.

Under the deal, opposition groups in Idlib would remain in areas where they were already present, while Russia and Turkey would carry out joint patrols in the area to prevent a resumption of fighting.

The de-escalation zone is currently inhabited by about 4 million civilians, including hundreds of thousands of people displaced by regime forces from their cities and towns throughout the war-weary country in recent years.

Syria has been locked in a vicious civil war since early 2011, when the Assad regime cracked down on pro-democracy protests with unexpected ferocity.