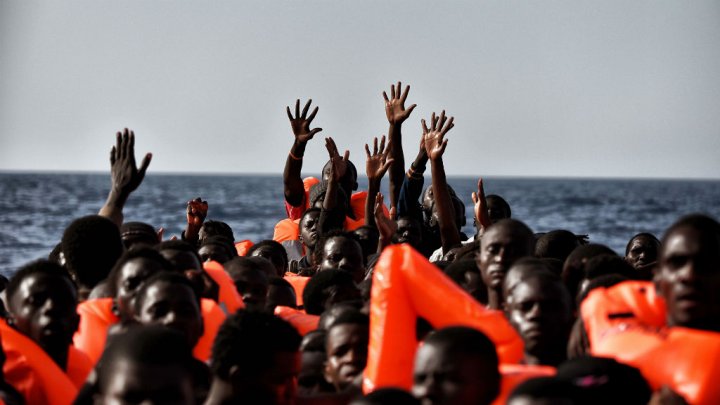 A charity rescue ship with 82 migrants aboard said Saturday it has received permission to sail to a tiny southern Italian island, in a possible sign Italy’s hard-line against such vessels might be easing somewhat under the new government.

The ship, which had appealed for days for a port of safety, is operated by two humanitarian groups, Doctors Without Borders and SOS Mediterranee.

Premier Giuseppe Conte’s week-old coalition now contains the center-left Democrats, whose leaders have called for a more humane policy on the rescue boats.

Italy’s current and previous governments have insisted on more solidarity from fellow European Union nations, saying the migrants set out on their journeys seeking asylum or better economic conditions in Europe as a whole, not necessarily Italy.

Interior Minister Horst Seehofer was quoted as telling Saturday’s edition of German daily Sueddeutsche Zeitung that talks are still ongoing “but if everything remains as discussed, we can take 25% of the people rescued from distress at sea who turn up off Italy.”