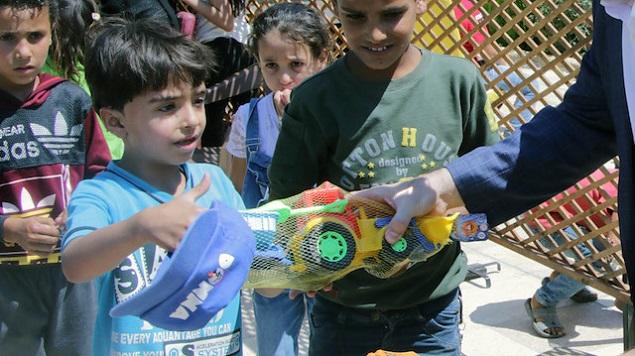 A Turkish rights group is bringing smiles to the faces of displaced Syrian children.

Axar.az reports citing Yenisafak that the International Refugee Rights Association (UMHD) on Wednesday organized the Borderless Festival at an elementary school in the Nayara village in Syria's northwestern province of Azaz.

The school premises echoed with laughter and music as children played games and got their faces painted.

The six-day festival which kicked off on Monday will run through Saturday.

"This is the first time I saw a magic show. Everything is beautiful," said Aya Muhammad, a 10-year-old student.

"I have not had fun like this for a long time," said Muhammad Ali, who attends sixth grade.

Children received school bags and supplies at the end of the festival.

The festival which aims to reach 10,000 Syrian children will continue for four days in Syria and one day at the Elbeyli refugee camp in Turkey's southern Kilis province.