Azerbaijan has done a lot for them - the President 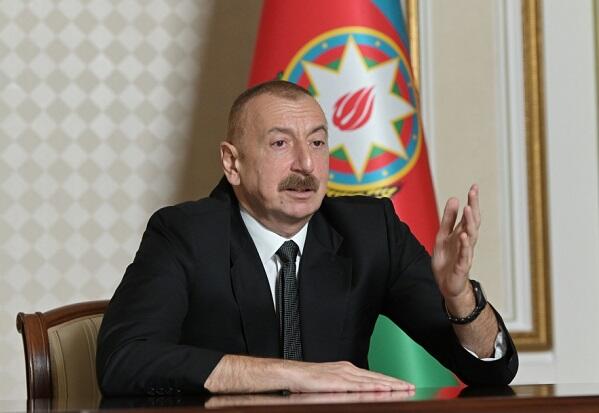 Armenia's military aggression against Azerbaijan resulted in the occupation of 20 percent of the country's territory. As a result of the occupation, more than 1 million Azerbaijanis became refugees and internally displaced persons.

Axar.az reports that, the statement came from President of Azerbaijan Ilham Aliyev in a video address at a meeting of heads of state and government on "Financing the 2030 Agenda for Sustainable Development Goals during the COVID-19 period and beyond."

The President said that Azerbaijan had done a lot to improve the living conditions of refugees and IDPs.

"To date, about 8 billion manat, or about $ 5 billion, has been spent to meet the needs of this vulnerable group. More than 300,000 IDPs have been provided with free housing. Due to the difficulties caused by the Armenian occupation of our lands, Azerbaijan's independence In the first years, it received humanitarian aid from the international community. Later, Azerbaijan itself became a donor country. Over the past 15 years, Azerbaijan has provided financial and humanitarian assistance to about 120 countries."