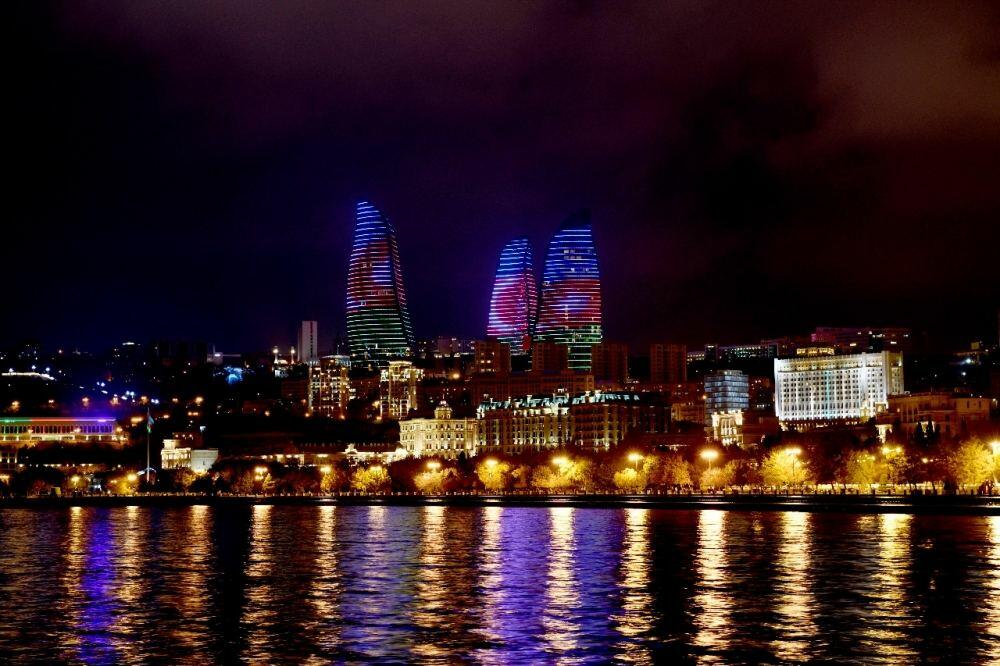 On December 4, the memory of the martyrs of the Great Patriotic War, who sacrificed their lives for the territorial integrity of the Republic of Azerbaijan, was commemorated.

Axar.az reports that on this occasion, the Heydar Aliyev Center, Flame Towers, and the Baku Olympic Stadium were illuminated with the Azerbaijani flag.

It should be noted that in response to Armenia's military aggression and successive provocations, on September 27, 2020, Azerbaijan launched a patriotic war to end Armenia's nearly 30-year occupation policy and liberate our lands from the clutches of the enemy.

As a result of 44 days of military operations, the people of Azerbaijan have won a historic victory and the territorial integrity of our country has been restored. 2783 servicemen of our Armed Forces were killed in the war.