Azerbaijan to re-appeal to int’l organizations 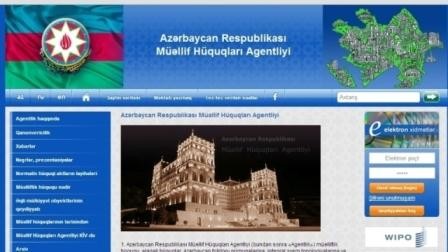 Azerbaijan’s Copyright Agency will re-appeal to relevant international organizations in connection with the presentation of the Azerbaijani folk dance “Uzundere” as Armenian, the agency told on June 11.

The video, shot atan Armenian wedding ceremony in Moscow on April 5 and posted in Youtube www.youtube.com/watch?v=ir0Skn-ZIbE, shows Azerbaijan’s folk dance “Uzundere” being performed at the ceremony, said the agency.

The agency stressed that the appropriation of samples of folklore, as well as folk dances belonging to the Azerbaijani people has become and integral part of Armenia’s cultural policy.


The agency noted that the Armenians used to collect ancient Azerbaijani songs in an archive, translate their words into their own language and then present as their own.

Available evidence suggests that most (90%) of the samples of folk songs and music presented by Armenians as their own are based on the samples of Azerbaijani folklore, said the agency.

The agency added that a book entitled "Armenian Foreign Fairy-tales" by Kamran Imanov, which was published in Azerbaijani, Russian, English, French and Turkish, reveals numerous falsifications of the Armenian side.

In connection with each case of appropriation by Armenians of samples of Azerbaijani literature and music, the Copyright Agency has sent numerous letter of protest to the World Intellectual Property Organization (WIPO).

In addition, the agency has prepared and distributed numerous studies based on historical facts.

The agency stated that the presentation of Azerbaijan’s folk music as Armenian is a flagrant violation of the Berne Convention for the Protection of Literary and Artistic Works.