Baku circuit much better than other F1 city tracks 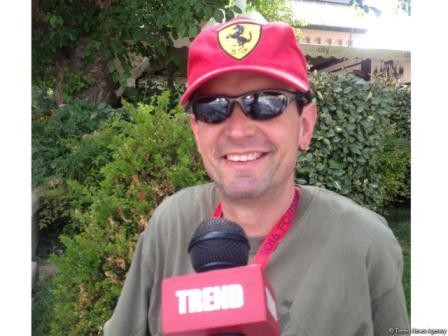 Baku circuit is much better compared to the majority of other Formula 1 city tracks, Tad Loeffler, an F1 fan from the US, told on June 17.

Usually, city tracks are very narrow and the speed at the races on those tracks is quite low, said the tourist.

This is while the major part of the Baku circuit is quite wide and some of its sections allow driving at a very high speed, he added.

But there is also quite a narrow and dangerous section running along the city walls, he added.

Further, the US tourist shared his impressions of Baku and emphasized the city’s architecture.

The Baku circuit, which is slightly over 6 kilometers, will have the racers to go 51 laps. Overall, 11 teams, each with two drivers, will compete in the race.