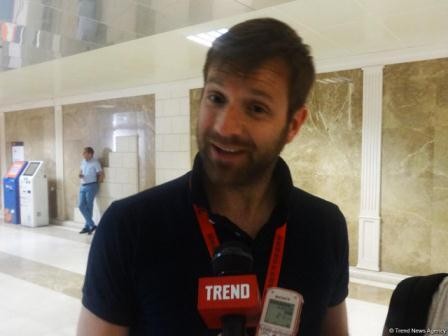 Baku is totally appropriate for holding the Formula 1 race, believes David Hill, a tourist from the UK, who arrived in Azerbaijani capital to see the 2016 Formula 1 Grand Prix of Europe.

Azerbaijan has successfully organized the competition, said Hill, adding that the F1 event is a good opportunity for Azerbaijan to popularize itself.

He also noted people are very hospitable in Azerbaijan and the country has a very delicious national cuisine.