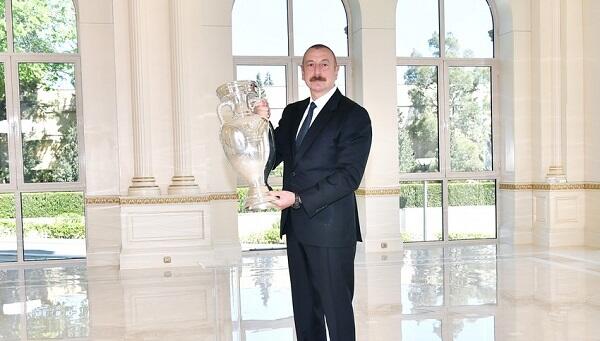 The European Championship trophy has been brought to Baku as part of the EURO 2020 Cup round, which will be held from June 11 to July 11 this year.

Axar.az reports that President Ilham Aliyev has been presented with the trophy of the European Championship, which will be shown in Baku from 7 to 9 May.

Named the "Henri Delone Cup" in honour of the first UEFA Secretary-General and proponent of the European Championship, the trophy will be presented to the winning team in the final match of the tournament. After Baku, the cup will be taken to the Danish capital Copenhagen.