Aim of cooperation between Azerbaijan and Ukraine 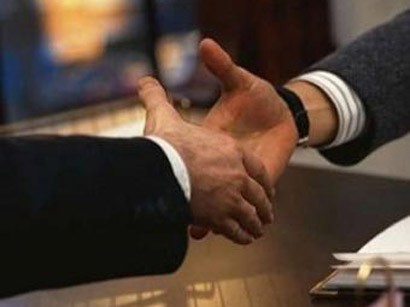 Azerbaijan and Ukraine begin consultations at the level of experts on issues of cooperation activation in agricultural sphere.

Deputy Minister for European Integration Vladislava Rutytska made this statement during a meeting with participation of department directors of the Ukrainian Ministry of Agrarian Policy and Food and representatives of the State Veterinary and Phytosanitary Service, said the ministry.

“Azerbaijan is one of the strategic trade partners of Ukraine,” said Rutytska.

“In 2016-2017, Azerbaijan will pay special attention to the development of international cooperation in the agrarian-industrial field as the leading non-oil sector of the economy,” she added.

“In a short time we will form a delegation to Azerbaijan, which will include the representatives of the ministry management, the competent authorities, the leading agricultural companies and research institutions,” noted Rutytska.

She finds promising the cooperation between Azerbaijan and Ukraine in all sectors of the food industry including confectionery, alcohol, oil, milk, meat, tobacco and others.

In addition, the issue on prospects of cooperation expansion in the food and processing industries on the issue of food products supply to the Azerbaijani market is under discussion, said Rutytska.

The deputy minister noted that Ukraine’s processing enterprises of meat and dairy industry are interested in the export of domestic products.

Ukraine’s export potential on meat products amounted to 255,000 tons in 2016, according to the ministry.

“We are also interested in logistics offerings,” noted Rutytska adding that these are large investment projects, in particular within the creation of a logistics center.

The Azerbaijani side offers to create a joint logistics center for the mutual supply of products of the agro-industrial complex of Ukraine and Azerbaijan, she said.

In 2015, the trade turnover with Ukraine amounted to $333.13 million, some $309.65 million of which accounted for the Ukrainian products imports, according to Azerbaijan’s State Customs Committee.