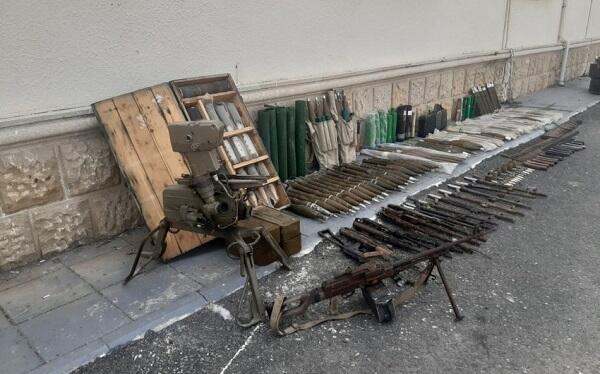 Preventive measures are being taken by police officers to find weapons in the liberated areas.

Axar.az reports that according to the information given to by the Barda regional group of the Press Service of the Ministry of Internal Affairs, 7 submachine guns, 1 submachine gun, 1 submachine gun from the abandoned military positions in the liberated territories of the region during the measures taken by the Fuzuli District Police Department in July this year. Fogot device, 35 different types of grenades, 30 different types of shells and 4850 pieces of bullets of different calibers and other ammunition were found and handed over.

Employees of the Mine Action Agency were also closely involved in the operation.