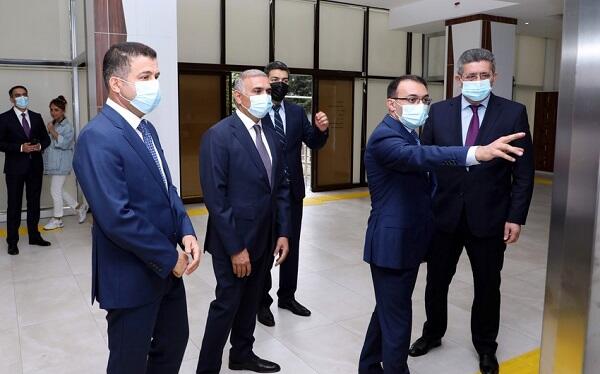 Today, ASAN Utility Center No. 3 under the auspices of the State Agency for Citizen Services and Social Innovations (ASAN Service) under the President was inaugurated.

Axar.az reports that the opening ceremony was attended by Chairman of the ASAN Service Ulvi Mehdiyev, Director General of the State Oil Company of Azerbaijan (SOCAR) Azerigas Ruslan Aliyev, Chairman of Azerishig Vugar Ahmadov, Deputy Chairman and Acting Chairman of Azersu Kocharli Hasanov. Together, they launched the centre by pressing a symbolic button that signalled the launch of the centre.