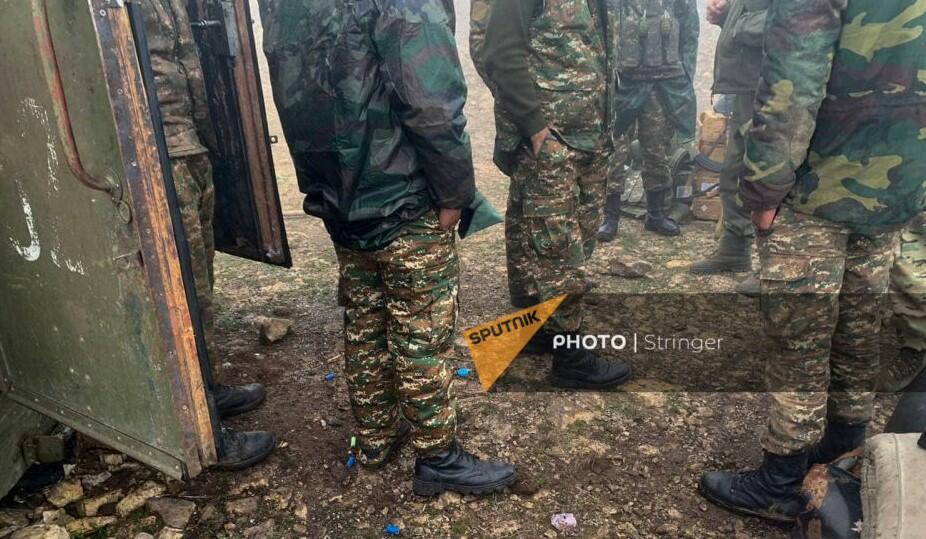 In response to the wounding of two Azerbaijani soldiers as a result of Armenian provocation in the direction of Kalbajar on the Azerbaijani-Armenian border, the Armenian media shared exclusive photos about the results of the retaliatory strikes of our Army.

Axar.az reports that the photo clearly shows that the fortified post of the Armenians, which serves as a center in the area, was destroyed. Thus, this post has played the role of "base" in the provocations of the Armenians in the direction of Kalbajar for several days.

Tonight, after another provocation by Armenians, the Azerbaijani Army launched an operation to silence the Armenian provocation points. At the same time, the fortified military post, which the Armenians trusted, was destroyed.

After the Azerbaijani Army decided on a ceasefire at the call of Russia, the Armenians managed to return to the post in the border area in the direction of Gegharkunik.

According to official information, the Armenian army lost 3 soldiers (one officer) and 5 wounded in today's shooting. Armenian Telegram channels reported that the number of Armenian soldiers killed was five.