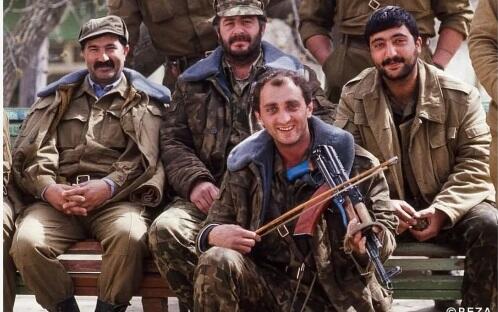 World-famous photojournalist Reza Deghati shared a photo he once took in Shusha on Instagram.

Axar.az reports that the post reads: “I was the last journalist to leave Shusha and I had to leave the besieged city before it fell into the hands of the enemy.

A month after I started covering the First Karabakh War, I realized that Azerbaijan did not have a professional army, and that most of the fighters were volunteers or police.

Although the situation was very tense and the losses were many, I was amazed by the high spirits of those who left their jobs and came from all over Azerbaijan to defend Karabakh. One day I met this virtuoso violinist who brought his violin to the front. The violin was destroyed by shelling, but he held the bar of the instrument and used a Kalashnikov to play some melodies.