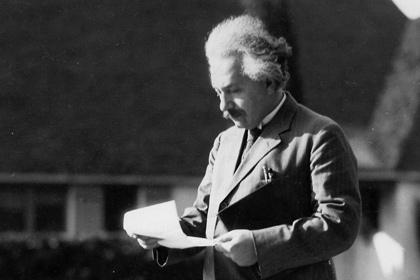 A manuscript co-authored by Albert Einstein, offering a rare insight into the legendary physicist’s thinking leading up to his general theory of relativity, was sold in an auction on Tuesday for 11.7 million euros ($13.17 million).

Auction house Christie’s had estimated the value of the manuscript at between 2 million and 3 million euros.

The 54 pages of paper, around half-filled with Einstein’s handwriting, are one of only two working documents known in which the thinker approaches his famous theory that laid the groundwork for modern cosmology and technology such as GPS navigation.