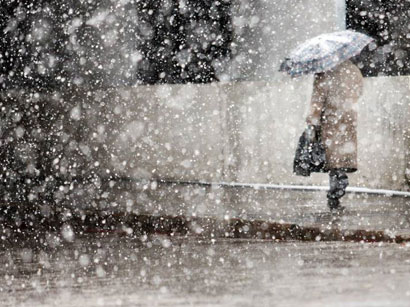 The weather is expected to be changeable cloudy, occasionally gloomy, mainly rainless in Baku and Absheron Peninsula on December 8.

Axar.az reports there will be fog and drizzle at night and in the morning in some places. Moderate south wind will blow.

On December 8, the weather will be rainy in the districts of Azerbaijan. However, rain is expected in some northern and western districts, and snow is in mountainous areas. There will be fog in some places. Southwest wind will blow.