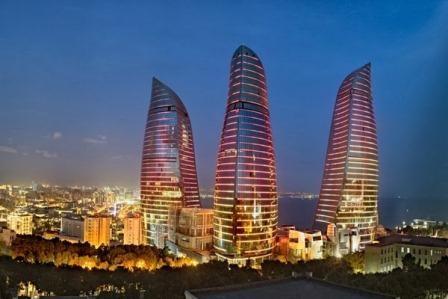 Azerbaijan is a geographical name. On the one hand this name is linked with the population, which lived in this region for thousand of years before our era, and who were mostly fire-worshippers.

Local population considered that fire was their God and so they worshipped the fire. "Azer" means fire. The Turkic name "Azer" was used for this territory for a long time. The word "Azer" consists of two parts - "az" and "er". In Turkic languages, "az" means a good intention and a fate of success.

Thus, the word "Azer" means "a brave man", "a brave boy", "the fire keeper". The word "Azerbaijan" originates from the name of an ancient Turkish tribe, who resided in those territories.