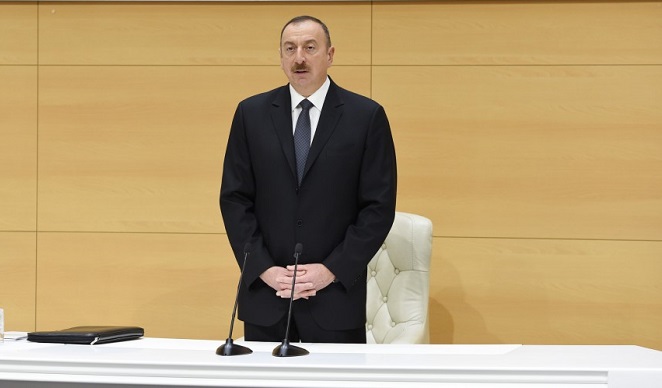 "We have called on Armenia to begin delimitation of its borders, as our state border with Armenia, including other regions of Azerbaijan, has been under occupation for about 30 years. Therefore, the need for delimitation of borders is clear. EU Council President Charles Michel At a meeting in Brussels on April 6, it was agreed that both sides would establish a working group by the end of April and they would start their work."

"Azerbaijan established a working group on time and was ready to send a delegation. This was agreed with the Armenian side. By the way, it was the Armenian Foreign Ministry that offered to hold the first meeting on the border. Azerbaijan accepted the offer and we were ready to send a delegation. However, on the last day, April 29, Armenia canceled the already agreed meeting. This is a very disappointing issue. So far, we are waiting for any new dates from Armenia to start work, because such an irresponsible position, of course, is worrying.

Azerbaijan has always been committed to its obligations. If we promised in the presence of the President of the Council of the European Union that we were ready to meet by the end of April, we were committed to it. However, we must share the same responsibility with Armenia. In other words, even if we have some optimism, such maneuvers and very strange steps of the Armenian government, in fact, undermine certain confidence."