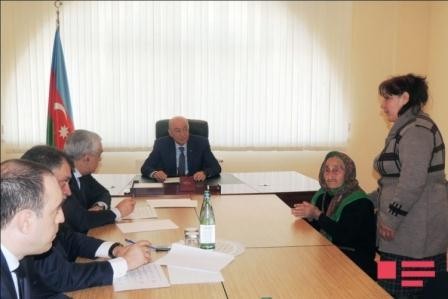 Citizens of the Aghsu, Gobustan, Shamakhi, Ismayilli and Gabala districts and internally displaced people residing in these districts were received in the administrative building of the State Fire Protection Unit in Aghsu district, according to the ministry.

Minister Heydarov, deputy ministers and heads of relevant structures listened to the appeals of citizens, most of appeals were solved at the site.

The minister gave tasks to heads of relevant structures to objectively investigate the appeals and solve the problems in accordance with the legislation.