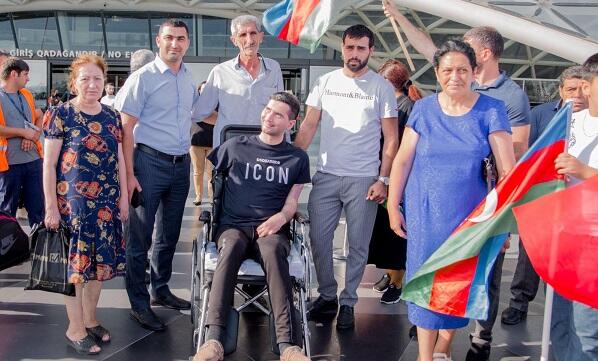 The veterans who received treatment in Turkey - Kamran Bunyat oghlu Geybaliyev and Agil Mursal oghlu Ahmadov returned to the country.

It was reported that Kamran Geybaliyev was treated in Turkey for 1 year and 5 months. Our soldier Hafis Talif oghlu Bayramov, who was seriously injured, was sent to Turkey for treatment.

YASHAT Fund monitors the treatment of veterans until its completion. Based on the doctor's opinion, the foundation ensures that our seriously injured veterans are sent abroad for treatment.

It should be noted that 174 veterans have been sent to Turkey for treatment so far. The treatment procedure for 155 of them has already been successfully completed and they have returned to their homeland. Medicines intended for the treatment of our veterans in the coming months were also provided by the Fund.