Air temperature above normal in Azerbaijan 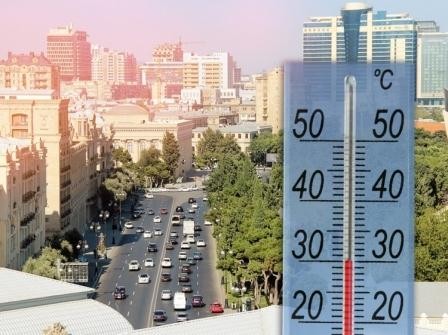 The current air temperature in Azerbaijan is slightly higher than normal.


The air temperature observed in Baku and Absheron peninsula July 17 was 2-3 degrees above normal, Asif Verdiyev, chief hydrologist of the National Hydrometeorology Department of the Ministry of Ecology and Natural Resources told local media.


He said that the high temperature in Azerbaijan will dominate in the coming 2-3 days.


Though the air temperature is above normal, it cannot be considered abnormal heat, said the chief hydrologist.