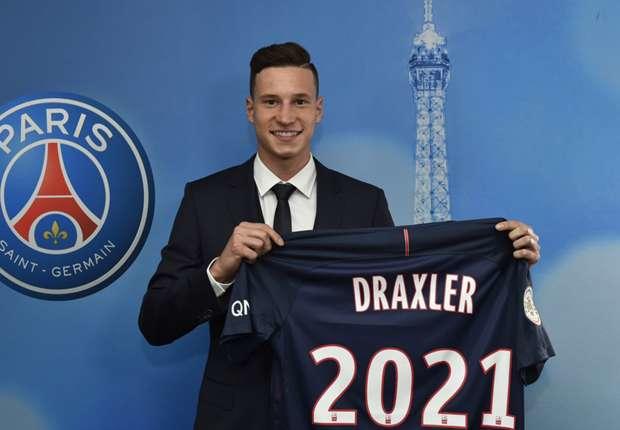 Julian Draxler has joined Paris Saint-Germain from Wolfsburg, the French club have confirmed.

Liverpool and Arsenal had previously been interested in signing Draxler, but the 23-year-old has now signed a four-and-a-half-year deal at the French champions.

Bundesliga side Wolfsburg had already confirmed the German forward would be departing once a medical had been completed, and Draxler is delighted to have joined a team challenging for titles.

"It is with great joy and great anticipation that I join Paris Saint-Germain," Draxler told PSG's official website.

"For the first time in my career, I'm going to discover a new country, a new league, and I'm very proud to take this new step at a club which has become a benchmark in Europe and has signed a lot of great players in recent years.

"I will do everything to help PSG win new trophies and continue to grow internationally."

PSG president Nasser Al-Khelaifi also welcomed the deal as a sign of the club's growing power in football.

"The signature of this coveted German international reaffirms the strong power of attraction of the club to the players of great talent," he said.