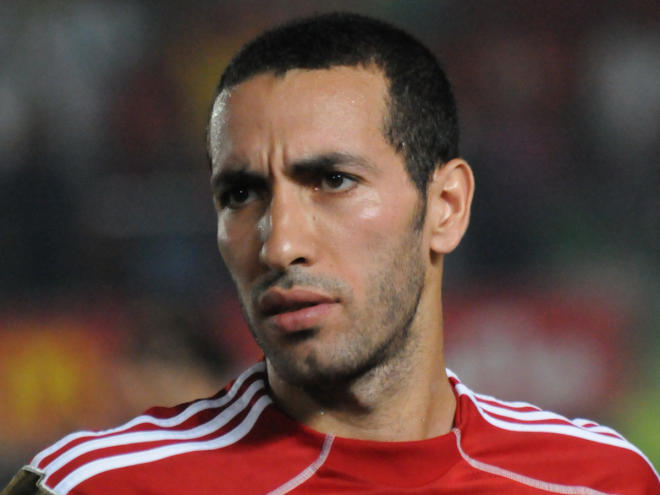 Egypt has added ex-football star Mohamed Aboutrika to a terror list for his alleged links with the banned Muslim Brotherhood, his lawyer says.

Mr Aboutrika is accused of financially supporting the Brotherhood, which Egypt considers a terrorist organisation.

In 2012, he endorsed the successful presidential bid by Mohamed Morsi, a Brotherhood member.

The move by the 2008 BBC African Footballer of the Year alienated some of his fans.

Any person named on the country's terror list is subject to a travel ban and faces having their passport and assets frozen.

Mr Aboutrika's lawyer, Mohamed Osman, said the move was "contrary to the law", adding that his client had "not been convicted or formally notified of any of the charges against him".

"We will appeal this decision," Mr Osman said. Mr Aboutrika has strenuously denied the allegations.

A former star of Cairo's al-Ahly club and the national team, Mr Aboutrika was dubbed The Prince of Hearts, The Magician and The Saint during his playing days.

But his decision to publicly support Mr Morsi, who lasted just one year in power, split opinion.

In 2015, he had a string of assets, including shares in a number of companies, seized by the Egyptian authorities.

The army's crackdown on Brotherhood members, left hundreds of people dead and thousands in jail.

Mr Aboutrika, one of the most successful African footballers of his generation, retired from football in the same year.