Emelianenko and Mitrione to go head to head in New York 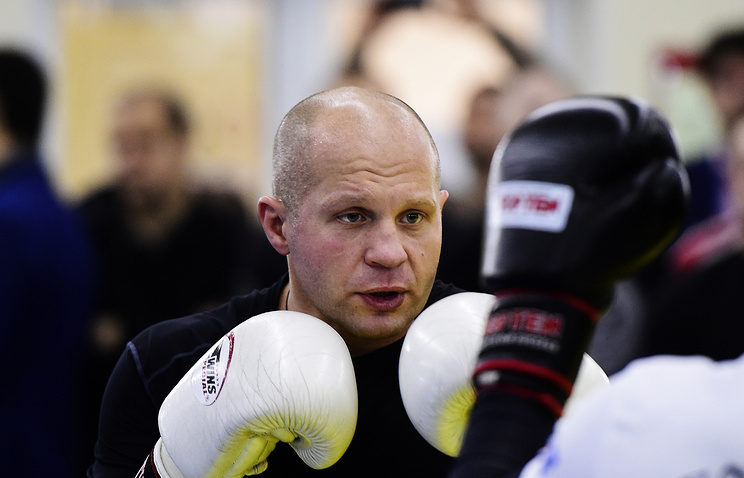 "The two heavyweights will meet in the co-main event of Bellator-180 on June 24 at New York City’s Madison Square Garden," according to the MMAfighting.com.

Emelianenko, who boasts an impressive career record of 36 wins and 4 losses and is dubbed ‘The Last Emperor,’ was initially scheduled to square off against Mitrione on February 18 as part of Bellator-172 event, but the bout was called off several hours before the beginning due to the American fighter’s health problems.
It was reported later that the 38-year-old US heavyweight fighter dropped the bout against the 40-year-old Russian as he had a kidney stone attack.

Coming out of retirement after almost three years, Emelianenko took his numerous fans worldwide by surprise in July 2015 by announcing his return to professional sports. During his retirement period, Emelianenko held the post of the Russian MMA Union’s president and also served since November 2012 as an advisor to then-Russian Sports Minister Vitaly Mutko.

Following his comeback in 2015, Emelianenko held two bouts to date, defeating India’s Jaideep Singh and then taking another victory over Brazil’s Fabio Maldonado.

In 2009, the respected US sports magazine, Sports Illustrated, named him "the top MMA fighter of the decade."
Former martial arts, wrestling, boxing and other fighting stars such as Mike Tyson and Chuck Norris, alongside with current MMA fighters Junior dos Santos, Fabricio Werdum and Jose Aldo as well as sports editions named Fedor Emelianenko as the greatest mixed martial arts fighter of all time.