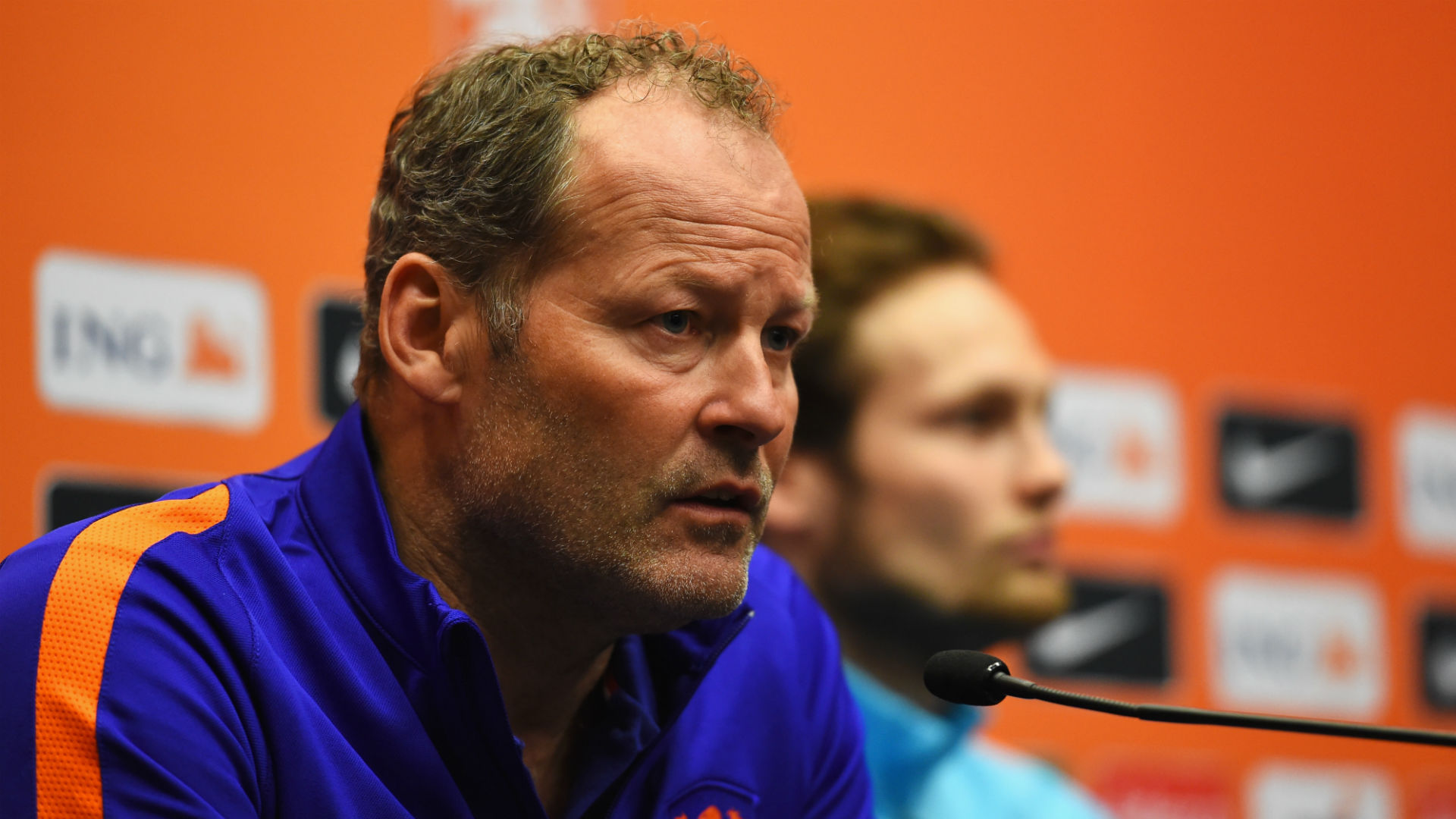 Netherlands have sacked coach Danny Blind in the wake of their World Cup qualifying loss to Bulgaria.

The Dutch Football Association (KNVB) has called time on the former defender's reign after only 20 months and 18 matches.

Saturday's 2-0 defeat in Sofia was Netherland's second in their opening five games in World Cup qualifying Group A and left them in fourth place in the pool, already six points behind leaders France and three behind second-placed Sweden.

Blind took over the national team from Guus Hiddink in July 2015, but was unable to lead the team to Euro 2016.

A disappointing start to World Cup qualifying, which has included a home defeat to France alongside the Bulgaria loss, has left the Dutch in real danger of missing out on a second straight major championship.

Blind was informed of the decision to sack him at a meeting with KNVB football director Jean Paul Decossaux and technical director Hans van Breukelen on Sunday.

Fred Grim, the Netherlands Under-21 coach, will take charge of the senior team for Tuesday's friendly with Italy in Amsterdam as the KNVB begin the search for a new permanent boss.

Decossaux said the governing body were left with no choice but to dismiss Blind due to poor results.

He said on www.knvb.nl: "Because the sporting results are disappointing and it will now be difficult to qualify for the World Cup in Russia, we feel unfortunately we have to say goodbye to him.''

Blind said it was "a pity'' his stint in charge of the national team had come to such a sorry end.