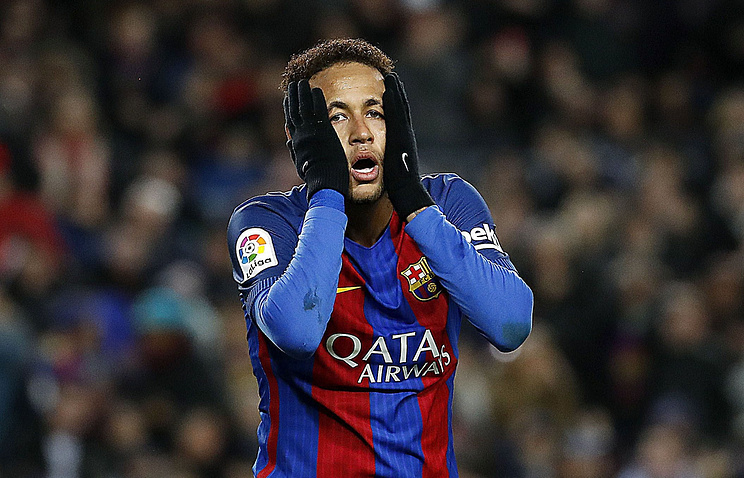 Manchester United are prepared to meet Barcelona star Neymar's €200 million buyout clause and offer him a yearly salary of €25 million.

That's according to Catalan newspaper Sport (h/t ESPN FC's Jack Rathborn), with United ready to not only set a new world-record transfer fee but also offer Neymar over £415,000 per week, making him the highest earner in Premier League history.

The Brazilian only signed a new deal to keep him at the Camp Nou until 2021 in October.

However, with his release clause set to rise to €222 million in the second year of his contract and €250 million the following year, this summer might be the best time to try to sign him given the club is unlikely to let him go for anything less.

The 25-year-old is enjoying an excellent season with the Blaugrana and has accrued 14 goals and 23 assists in all competitions.

Neymar could improve any side in football, and United in particular would stand to gain from his capture, as they're in need of attacking reinforcements in the summer—Juan Mata is the only player beside Zlatan Ibrahimovic to reach double figures this season, with 10 goals to the Swede's 26.

The Barcelona star has expressed a desire to play in the Premier League at some point in his career too.

It's unlikely he is planning to join the English top flight as early as this summer, but if United do activate his buyout clause, they'd be free to try to convince him to make the move.

Even if they're unable to do that, it could lay the groundwork for a future deal.