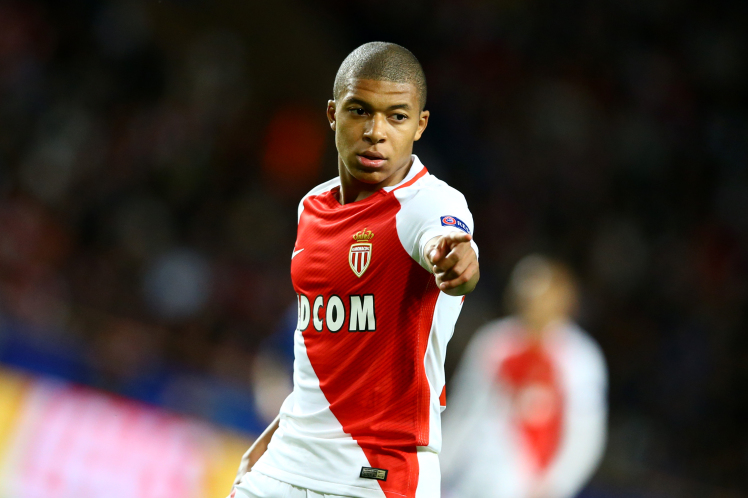 Kylian Mbappe has agreed to join Real Madrid from Monaco this summer, according to reports in Spain.

Marca claim that Madrid have made the 18-year-old their priority target for the upcoming transfer window and have already been in contact with the striker’s family, who also act as his representatives.

The report claims that Mbappe has said yes to the transfer and a huge factor behind his decision is said to be the prospect of working with Zinedine Zidane.

Madrid are also aware of Mbappe’s rising transfer fee and accept that the deal for the France international is likely to be above €100 million (£84.8m), which would be a world record for a teenager.

Earlier this week, Manchester United reportedly had a £72 million offer for Mbappe rejected by Monaco.

Mbappe’s influential performances for the Ligue 1 leaders this season has led to nearly all of Europe’s major clubs registering their interest ahead of the summer.

Manchester City, Chelsea and Paris Saint-Germain are among the teams in the running, while Arsene Wenger has even revealed that he went to Mbappe’s house last summer in an attempt to secure a deal for Arsenal.

Marca also claim that Madrid’s interest in signing Eden Hazard and Paulo Dybala may cool due to the sharp rise of Marco Asensio following his introduction to the first team under Zidane.

Madrid’s plans to land Antoine Griezmann from Atletico Madrid have also taken a back seat because of their move for Mbappe.