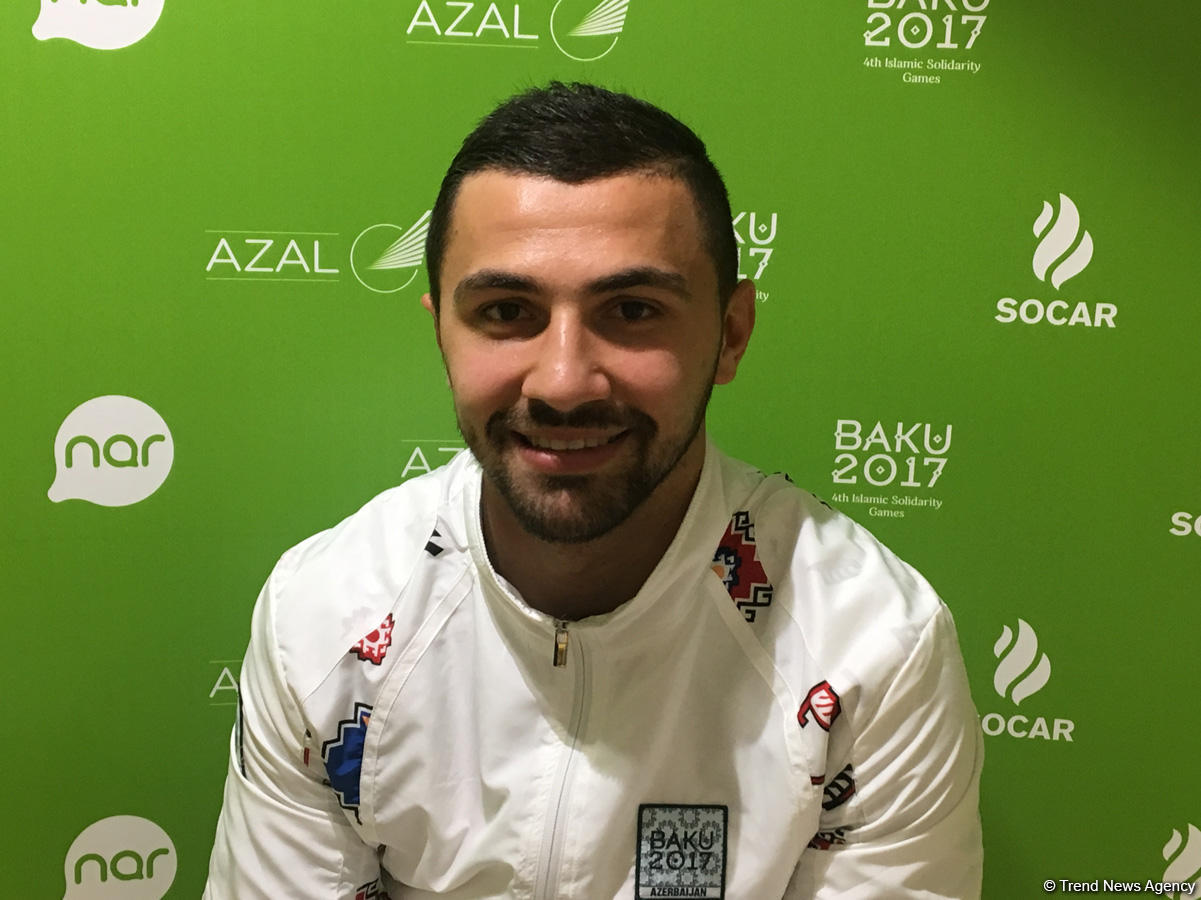 Karate fighter Aykhan Mamayev says he dedicates his gold medal at the Baku 2017 to all the martyrs of Azerbaijan.

Axar.az reports citing to Trend speaking to reporters on May 14, Mamayev said the Azerbaijani national karate squad was preparing for the Baku 2017 Islamic Solidarity Games since the European Games of 2015.

“This is a wonderful tournament and I am very happy that I have never lost at home. We set goals for ourselves and we achieved them. My dream was to win, to hear our anthem performed, and I made it. I thank everyone who supported us,” added Mamayev.

The Baku 2017 Islamic Solidarity Games started May 8 and will last until May 22 in Azerbaijan’s capital on 16 sports grounds in 21 kinds of sports – 17 Olympic ones and three non-Olympic ones.