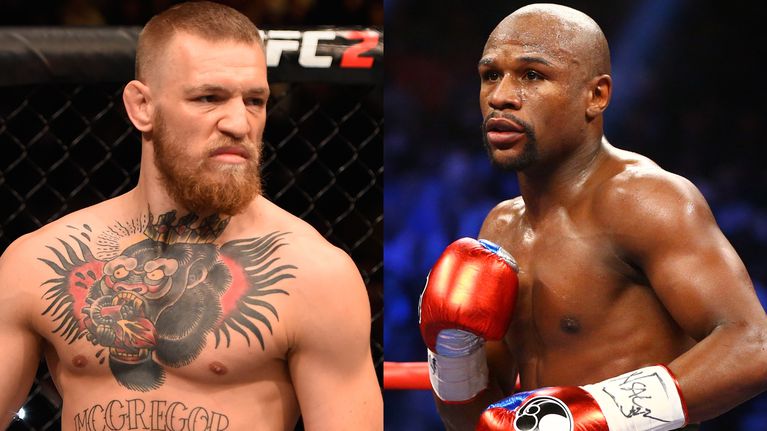 Conor McGregor vs. Floyd Mayweather seemed like a pipe dream a year ago but now the fight appears closer than ever to reality.

On Wednesday, UFC president Dana White confirmed that he has completed negotiations with McGregor on his part in the deal for the proposed mega-fight against Mayweather in a boxing match that would take place later this year.

“The McGregor side is done, I’m starting to work on the Mayweather side now,” White revealed when speaking to TNT. “I’m not saying the fight will happen, but I got one side done, now it’s time to work on the other.

“If we can come to a deal with [Al] Haymon and [Floyd] Mayweather, the fight’s going to happen.”

For his part, McGregor also released a statement via his own Mac Life website confirming that he’s reached an agreement with the UFC for the boxing match against Mayweather.

“It is an honor to sign this record breaking deal alongside my partners Zuffa LLC, The Ultimate Fighting Championship and Paradigm Sports Management,” McGregor said.

“The first, and most important part of this historic contract has now officially been signed off on. Congratulations to all parties involved. We now await Al Haymon and his boxer’s signature in the coming days.”

The negotiation to get McGregor on board undoubtedly detailed the UFC’s involvement in the blockbuster pay-per-view as well as a likely revenue split that would see both sides earn money from the fight. McGregor is under exclusive contract to the UFC so the promotion would have to sign off on him competing in any other sport including boxing.

Of course, White has stated that the UFC would want to be involved with the promotion of the fight as well considering McGregor is mixed martial art’s biggest draw.

Now it appears White will soon sit down with Mayweather’s side to hopefully hammer out the remaining details on the fight that will see him come out of retirement to face McGregor later this year.

The current date for the proposed super fight is September 16 with the bout taking place in Las Vegas, although White seemed hesitant to stick with that timeline considering the recently announced bout between Saul “Canelo” Alvarez and Gennady Golovkin on the same day.

Still, it’s hard to believe if McGregor vs. Mayweather is completed in the near future that the fight pitting the UFC’s biggest star against arguably one of the greatest boxers of all time would trump any other event on that day — even Canelo vs. Golovkin.