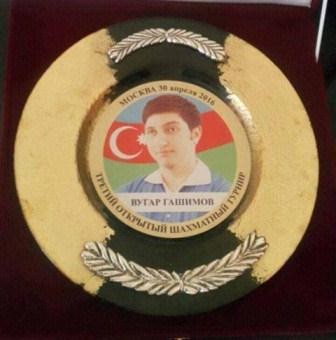 The tournament was organized by the Fund of Development and Revival of Azerbaijani Culture.

Chairman of the Fund Shamil Tagiyev made a speech at the event, and said the tournament aimed to promote chess among youth.

International Grandmaster, World Rapid Chess Champion Sergey Karjakin also addressed the opening of the tournament and spoke of his friendship with Vugar Hashimov.

Karjakin said he was honored to take part in the tournament commemorating his friend.

The winner of the 7-round tournament, which brought together 70 chess players, became Igor Yakupov.