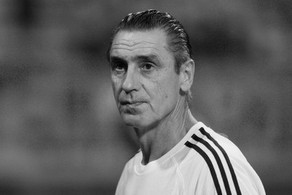 His professional career began as a player in Dynamo Kiev, for which spent 68 matches and scored 1 goal. As part of the blue and white he became the champion of the Soviet Union three times, twice - the USSR Cup in the 1974/1975 season won the Cup Winners' Cup and UEFA Super Cup.

Also defended the colors of Dnipro Dnipropetrovsk, which in 1983 became the champion of the USSR. In 1981, playing for SKA (Rostov-on-Don), he won the next USSR Cup.

After the football career, he worked in the coaching staff Dynamo almost twenty years. In addition, in 2013, he was assistant coach Tavria Simferopol.