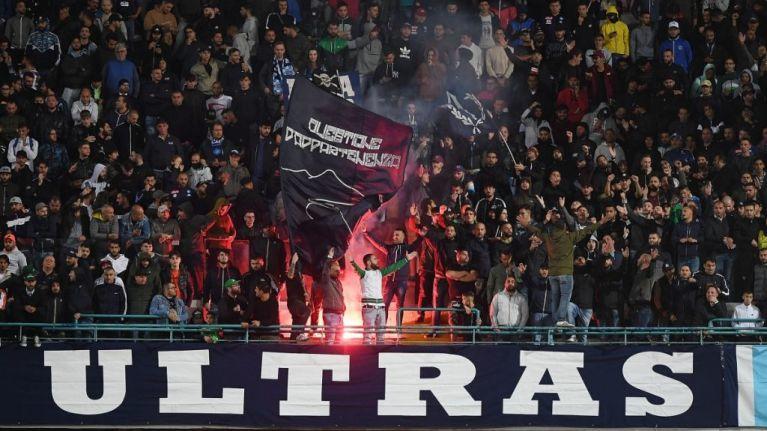 Italian police have uncovered large stores of weaponry in the hands of numerous Neo-Nazi Juventus ultras in an orchestrated raid of across the north of Italy.

Axar.az reports citing 90min that the raids, which were conducted by the Divisione Investigazioni Generali e Operazioni Speciali (Division of General Investigations and Special Operations - or DIGOS), lead to three prominent arrests, including that of Fabio Del Bergiolo, who is a member of the far-right Italian political party Forza Nuova and ran for a place in the Senate in 2001.

According to a report from Football Italia, the investigation started with the seizing of Neo-Fascist banners which belonged to the notorious Juve ultra group 'Drughi', and eventually led to the discovery of a whole arsenal of weapons.

This included multiple automatic rifles, guns, armour-piercing bullets and, most shockingly, a ground-to-air missile used by the Qatari army.

#Italy's police operation on far-right militants in the north; an impressive amount of weapons has been seized, even an air-to-air (?) missile!
A #ForzaNuova member has been arrested.
Police is investigating on a network of people who fought in #Ukraine, #Donbass. pic.twitter.com/WB4tE3zgQL

The operation took place across northern Italy, with the raids coordinated by authorities in Milan, Varese, Pavia, Novara and Forli as well as Turin.

In an official statement from the chief of Turin's DIGOS, Carlo Ambra, it was explained that: “Connections were found between these Neo-Fascist and Neo-Nazi groups and ultras groups, in particular, Juventus and the Drughi Giovinezza section.

“There are also connections with more traditional Juventus fan groups and other far-right militants.”

Neo-Fascism, violence and racism have long been the scourge of Italian football and, as detailed in the Guardian following last year's incident involving Kalidou Koulibaly, the problem seems to only be worsening.

Nazi symbolism - including swastikas, celtic crosses, the Wehrmacht eagle and straight-arm salutes - have been witnessed in the Serie A terraces in recent times, and the discovery of such weaponry in connection with supporter groups represents a terrifying twist in an already dark tale.