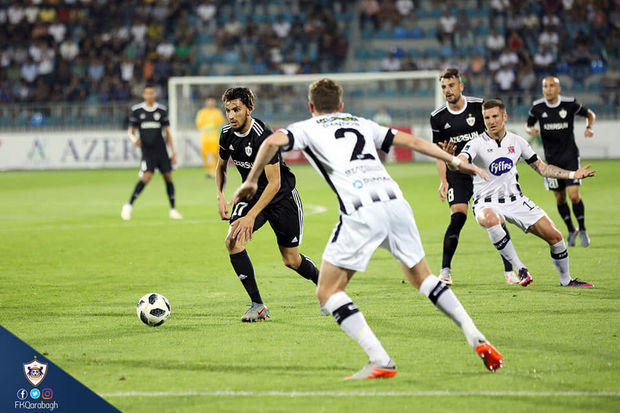 Karabakh and APOEL (Cyprus) have announced the starting squads for the third round of the group stage of the UEFA Europa League.

Axar.az informs that, "Karabakh" - APOEL to be held today at Tofig Bahramov Republican Stadium starts at 20:55.

On the 13th minute Dani Kintana opened the score and brought Karabakh 1: 0.

APOEL player Linus Hallenius scored the next goal in the 45th minute from the gate of Karabakh: 1 - 2