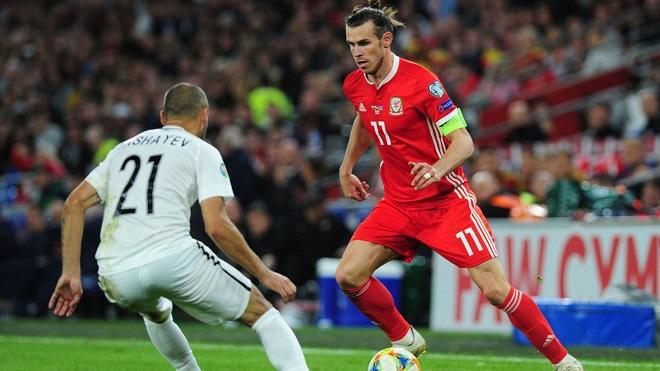 Gareth Bale's celebration of Wales' Euro 2020 qualification with teammates holding the "Wales. Golf. Madrid. In that order." flag has been met with an angry reaction in Madrid.

Axar.az reports citing ESPN that the image is front-page news in the Spanish capital on Wednesday morning, while there were calls on influential late-night television and radio programs for Real Madrid to take action against the player.

Bale has not played for Madrid since October when he picked up an injury on international duty.

On Friday he admitted to feeling "more excitement playing for Wales" than he does for Real Madrid.