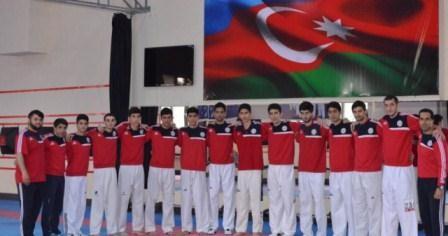 Azerbaijani taekwondo fighters are competing at the European Championship, which kicked off today in Montreux, Switzerland.

In 54kg weight class, Majid Sofiyev, Ilham Aliyev, in 58kg weight category, Mammadali Guliyev and in 46kg Kardelen Ciftci will be in action on the first day of the championship, where a total of 387 fighters from 48 countries are contesting medals.