What happened in Jammu and Kashmir in one year? - Ambassador
﻿

Mbappé shares the story his first meeting with Zidane 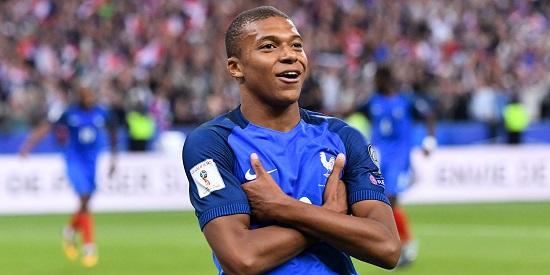 Kylian Mbappé has told the story of his first meeting with French legend Zinedine Zidane, revealing that the Real Madrid manager sent out a specific request for him to train with the club in his early teenage years.

Axar.az reports citing foreign media that Mbappé has revealed to the Players' Tribune that Los Blancos got in touch with his parents to arrange the trip to Madrid, which ended up coming in the week of his 14th birthday, and that Zidane himself met him at the training ground; offering to give him a lift to the playing fields.

"Zidane met us in the parking lot in his car, and it was a really nice car, of course. We said hello, and then he offered to drive me over to the field for training. He was pointing at the front seat, like,' Go on, get in.

"But I just froze and I asked, 'Should I take off my shoes?'

"Hahaha! I don’t know why I said that. But it was Zizou’s car! He thought that was really funny. He said, 'Of course not, come on, get in.'

"He drove me to the training pitch, and I was just thinking to myself, 'I am in Zizou’s car. I am Kylian from Bondy. This is not real. I must still be sleeping on the airplane'."

Belarus did not invite Russia to the elections

The summer training period has begun in the troops

Six of our citizens were injured in Beirut - Chavusoglu

The death toll in Armenia has reached 770

The death toll in Beirut has exceeded 100

Turkey has given us a breath of fresh air - Vice Speaker

A state of emergency has been declared in Beirut

Beirut has been declared a disaster zone

SMS-permission has been revoked from today - Official

From the PM on the Lebanese bombing - Strict statement