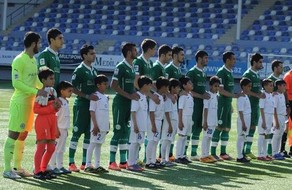 Khazar-Lankaran FC has suspended its activity.

The meeting discussed all aspects of the club's activities, each action assessed in accordance the current realities.

At the end of the meeting it was decided that Khazar-Lankaran first team should suspend to play at Azerbaijani championships. However, the club will remain as a member of Azerbaijan's football family and continue to play at lower age groups.