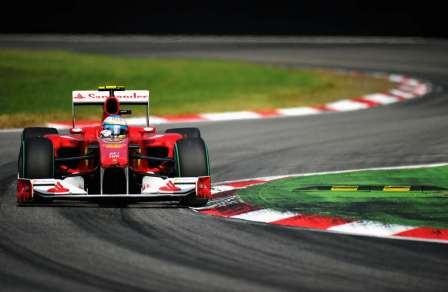 The Baku circuit is set to make its debut next month hosting the returning Formula 1 European Grand Prix.

Measuring 3.732 miles and with 20 corners, the Hermann Tilke-designed street layout passes some of the Azerbaijan capital's most iconic landmarks, including the Azadliq Square and Old City.

The European Grand Prix takes place from the 17-19 June in Baku, with the new addition boosting this year's F1 calendar to 21 races.

Ahead of its first event, 19-year-old local driver Abdullayev became the first to sample racing machinery around the track, completing four laps at the wheel of the previous-spec GP3 car.

"The Baku City Circuit consists of a combination of both slow and fast turns," he said after the test run.

"In general, this track has a very unique layout. Unlike other street tracks, Baku City Circuit has sufficient width as well."