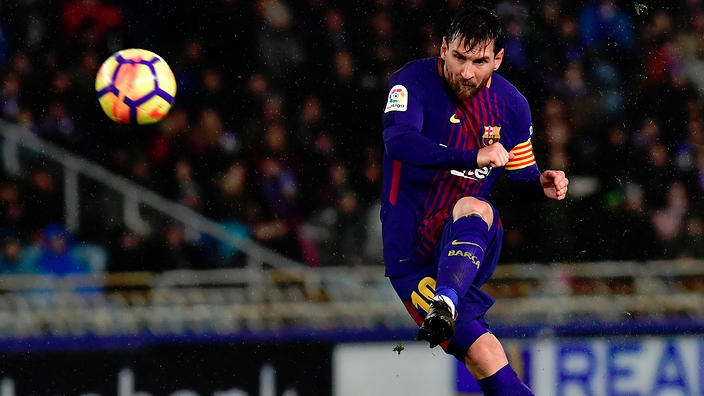 On Friday night, Barcelona will take on Bayern Munich in the Champions League quarterfinals.

Axar.az reports citing foreign media that the sense is growing that Messi will be in Barcelona’s XI at kick-off, however, the Argentine is unlikely to be 100% fit to face Bayern.

Messi has been sidelined with a swollen left foot, which was sustained in the recent Champions League match against Napoli at the Camp Nou.

Napoli defender Kalidou Koulibaly kicked Messi during the match, and the Argentine hasn’t recovered from that collision.

Indeed, Cope report that after the Napoli game, Messi’s foot “hurt a lot”.