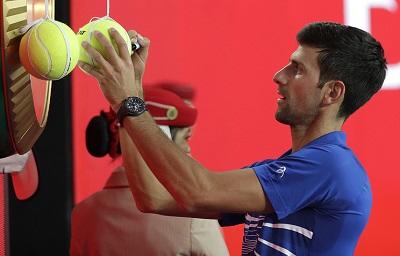 Axar.az reports that it was a surprisingly convincing win for Djokovic who remains unbeaten in all nine of the AO finals he has played at Rod Laver Arena.

Medvedev entered Sunday's contest on the back of a 20-match winning streak, however on the night was undone by a mixture of Djokovic's prowess and his own unforced errors which numbered nearly double that of his opponent.

"It has been definitely emotionally the most challenging Grand Slam that I ever had with everything that was happening, injury, off-the-court stuff, quarantines," Djokovic said.