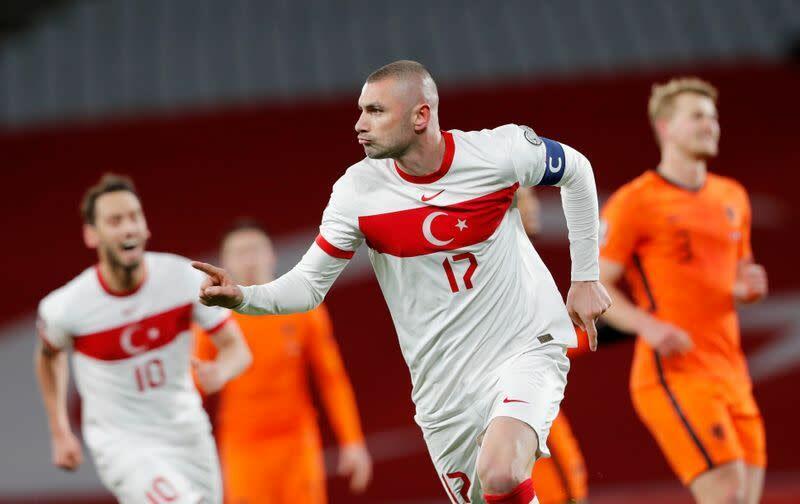 The fight has started in the qualifying round of the WC-2022 in the European zone.

Axar.az reports that two of the 13 matches scheduled for today have already ended.

In Group G, the Turkish national team defeated the Netherlands 4: 2 at home. Burak Yilmaz scored a hat-trick for the "Moon-Stars". The 36-year-old striker scored in the 15th, 34th and 81st minutes. The other goal was scored by Hakan Chalhanoglu in the 46th minute. Devi Klaassen scored in the 75th minute and Luke de Jong in the 77th minute.

In Group A, where the Azerbaijani national team is located, the national team of Qatar defeated Luxembourg with a minimum score at the Nadyerdeyi Stadium in Debrecen, Hungary. The only goal was scored by Mohammad Muntari in the 12th minute.