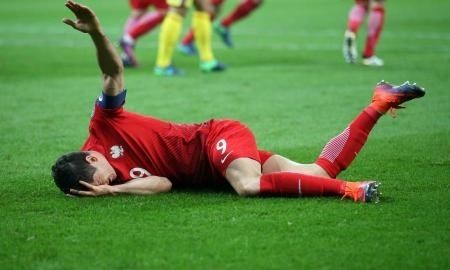 The news every Bayern Munich didn’t want to hear broke on Tuesday stating that Robert Lewandowski would be sidelined for up to four weeks due to a knee injury.

Axar.az reports that Lewandowski suffered sprained ligaments in his right knee sustained during Poland’s 3-0 World Cup qualifying win over Andorra on Sunday in which he scored a brace before being replaced by Karol Swiderski in the 63rd minute of play. Lewandowski will now miss this weekend’s Bundesliga clash vs. RB Leipzig, both Champions League quarterfinal legs against Paris Saint-Germain, and the league matches against Union Berlin and VfL Wolfsburg, Bayer Leverkusen, and perhaps even Mainz 05.