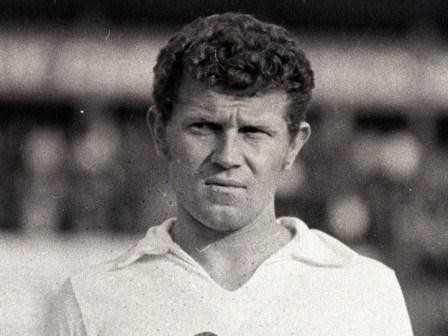 Anatoliy Banishevskiy was a Soviet footballer of Russian descent from Azerbaijan. Throughout most of his playing and coaching career, Banishevskiy committed to his native club, Neftchi Baku.

He played for the USSR national football team, winning 51 caps and scoring 19 goals. Banishevskiy played for the Soviet side in the 1966 FIFA World Cup. His club team was PFC Neftchi, and he scored 136 goals in Soviet Top League competition. The striker was unofficially named Azerbaijan's Player of the Year three times -in 1966, 1967, and 1978.

In November 2003, as part of the celebration of UEFA's Jubilee, he was selected as the Golden Player for Azerbaijan by the Association of Football Federations of Azerbaijan as the country's most outstanding player over the past 50 years.

Banishevskiy was diagnosed with diabetic coma in 1991, having surviving first attack in 1987.

He suffered cerebral atrophy as result of second attack, which also caused him memory loss.