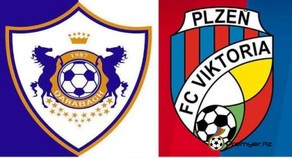 UEFA Champions League third qualifying round return match between FC Qarabag vs. FC Viktoria Plzen is scheduled to kick off on August 2 at 20:30 local time.

The match will be played at the Tofig Bahramov Stadium.

Notably, the only Azerbaijani representative at the tournament ended in a draw at away match with Victoria Plzen on July 26.