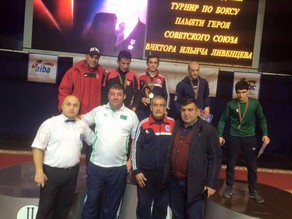 Azerbaijan was represented in the tournament by three boxers.

Javid Guliyev (69 kg) defeated by the Russian Hajimurat Mikhailov in the first meeting.

Notably, as a referee, Azerbaijan was represented by Emil Gurbanaliyev in the tournament.