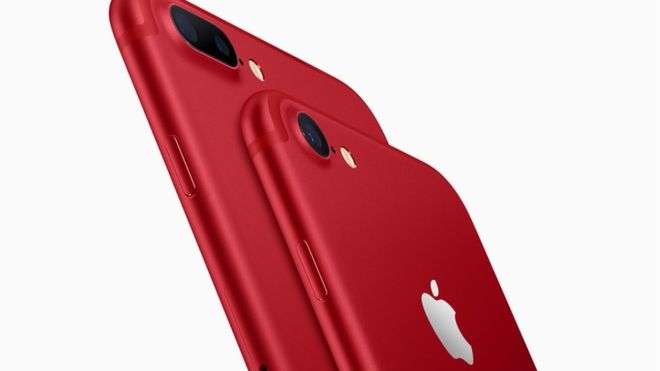 Apple has launched a red version of its iPhone 7 and 7 Plus as well as a new video app for iOS.

Axar.az reports that the red iPhone celebrates Apple's 10-year partnership with Red, an organisation that aims to combat Aids.

A video app for iOS, called Clips, has also been revealed and will be released with iOS 10.3, which is expected to launch soon.

One tech analyst suggested Apple was increasingly trying to associate its products with ethical ideals.
All of the money raised by Red - a venture originally founded by U2 musician Bono and activist Bobby Shriver - goes to Global Fund HIV/Aids grants.

Among other things, these grants provide testing and treatment for patients with the aim of wiping out transmission of HIV.

Some profits from sales of the phones will go towards Red.
Apple was increasingly branding itself as a force for "social good", suggested tech analyst James Moar, at Juniper Research.
"It is a way of them kind of beefing up that side of their business," he told the BBC.