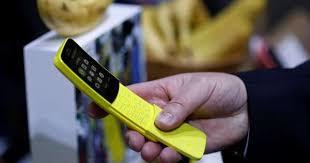 It’s no secret that some apps can eat up your phone`s storage or battery, or that some automatically charge money, collect credit card data, or share your personal information. Dozens of hazardous apps appear on the market every day, so many that not even Google Play or the App Store can track them down immediately. So, the safety of your devices and private information is mostly in your hands.

Axar.az reports Bright Side concerned about cybersecurity and want to feel safe using our smartphones. That’s why we’ve prepared a list of apps that are better to get rid of as soon as possible.

Game development costs a lot in terms of money and effort, so if you find a free game, keep in mind that developers either added a lot of advertising to the app (which is usually saved to cache and eats up your device’s storage) or there’s a chance that they might steal and then sell your personal information. So if you really want to download a game app, make sure it’s well-known or read the user agreement.

There are countless apps that promise you they can speed up the process of charging your phone. The fact is: nothing (including the apps) can charge your phone faster than the default setting allows. These apps are just trickery, with an endless stream of ads that sometimes appear even if the screen is locked.

Be careful with free Wi-Fi apps that claim to provide you with a map of Wi-Fi hotspots, free Wi-Fi keys and network protection — it was discovered that some of them can be stealing your personal data, including credit card information.

Aside from causing a massive battery drain, saving music in the cache, eating up your phone’s storage, and giving you ads as a “bonus,” little-known music apps can be harmful for your phone because they might have built-in viruses and hacker codes that copy your personal data.

Apps that ask to access your location not only significantly shorten your phone’s battery life, but might also use or sell your personal data. Navigation apps, delivery apps, games like Pokémon Go, and even some social media apps track your location. Take a moment to look through the apps that access your location and remove the unnecessary ones. And for those apps that you use, you can check the terms of use in the application settings and prohibit access to your location, as it’s shown below.

Built-in browsers are often pre-installed and they sometimes open automatically when you click a link. These programs do not guarantee personal data protection or protection against viruses and they significantly slow down your phone’s operating system.

Let`s be honest, everyone has those apps that they haven’t opened for a while or even those apps that were forgotten immediately after downloading. It’s no secret that too many apps on a phone make the battery life shorter, slow down the system, and, in general, are very distracting. So take a minute and get rid of those ones that you don’t use!

Did you find any of the apps mentioned above on your smartphone? Do you have any other suspicious apps that we could add to the list? We’d be happy to hear from you in the comment section below.