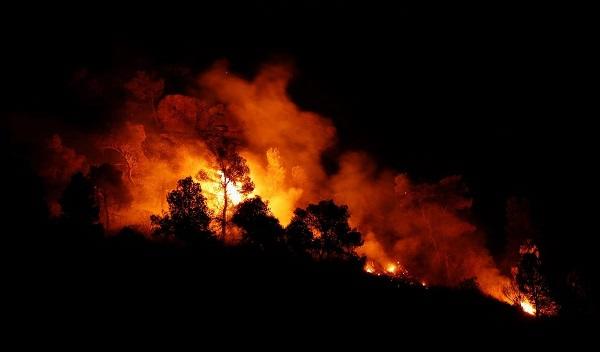 Mass evacuations are taking place on popular tourist island Gran Canaria after a blaze thpught to have been started by a soldering iron grew into a raging wildfire in the early hours of Sunday.

Axar.az reports citing Independent that according to firefighters they were “overwhelmed” by the inferno estimated to have ravaged 900 hectares since 6pm on Saturday, forcing emergency services to evacuate hundreds of people in more than a dozen neighbourhoods.

A 55-year-old Spanish man was arrested in connection with the fire, which began 20km from capital Las Palmas in the Artenara region, local media reported.