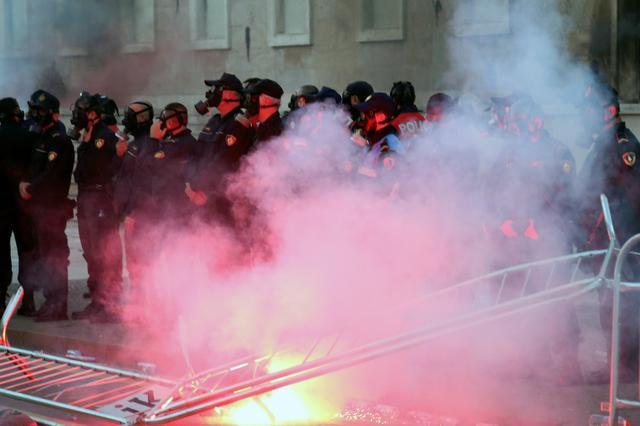 Far-right group Proud Boys marched in Portland, Oregon, as counter-demonstrators organised a rally against their presence in the city.

The stated aim of the far-right gathering was to press for the Antifa (anti-fascist) movement to be declared a domestic terror organisation.

President Donald Trump has said the situation was being closely watched by his administration, and indicated that naming Antifa "an organisation of terror" is being considered.

The city has been under heavy police guard amid fears of violence.