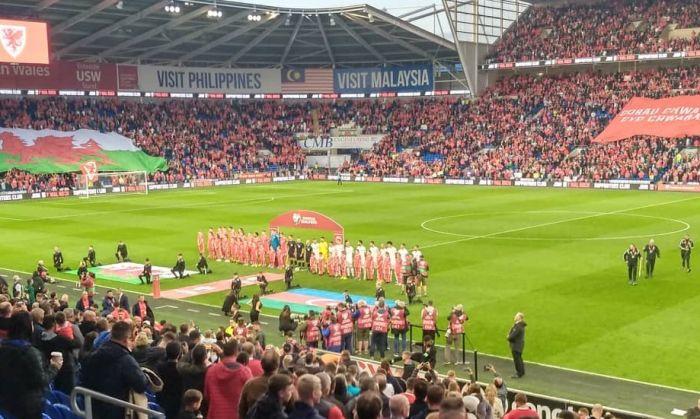 Gareth Bale saved Wales from a humiliating home draw against Azerbaijan as his late goal snatched victory to give their stuttering bid to qualify for Euro 2020 a much-needed lift.

Axar.az reports citing BBC that Ryan Giggs' side took a first-half lead in comical fashion as the ball looped high into the air from a deflected Bale shot and hit an unsuspecting Pavlo Pashayev before rolling past a wrong-footed Salahat Agayev in the Azerbaijan goal.

But that only papered over the cracks of a sloppy display from Wales, who conceded a dismal equalizer as Neil Taylor gave the ball away and saw Mahir Emreli score on the rebound after Wayne Hennessey could only parry his weak first effort.

With a little over five minutes left, Wales captain and all-time leading goalscorer Bale came to their rescue once again as he headed in from close range, via the crossbar, to spark wild celebrations which showed just how close the hosts had come to blowing their chances of qualifying for Euro 2020.

The result lifts Wales up to third in Group E - level on six points with fourth-placed Slovakia - while Croatia's thumping away win against Slovakia means the World Cup finalists join leaders Hungary on nine points.